Dominique Goncalves said: "I am enthused to work alongside the WILD ELEMENTS Foundation, an organization working to uplift and support local, women-led conservation work, indigenous communities, and people of color on the frontlines of conservation. I am extremely honoured to be part of the inaugural class of grantees, a group of inspirational women."

Dominique Gonçalves will serve as a “WILD Innovator“ and will use a two-year, $100,000 grant from the WILD ELEMENTS Foundation to continue her elephant ecology studies, develop human / wildlife co-existence strategies, and inspire young women to explore careers in science and education. The project also involves partnering with a “WILD Advocate” (artist and influencer) to increase global awareness of the environmental challenges facing our world today. File photo:  Dominique Gonçalves during an elephant collaring operation at Gorongosa National Park, Mozambique. [Credit: Gorongosa National Park]

The grant will be used to study elephant ecology and strategies to build coexistence between humans and wildlife throughout the greater Gorongosa Region. Dominique is passionate about inspiring the next generation of women conservationists and works closely with Gorongosa’s “Girls’ Clubs” and local schools to inspire young girls to explore careers in science and conservation.

The WILD ELEMENTS Foundation, a conscious catalyst for change, accelerates efforts to restore our global ecosystem. The Foundation is fueled by the Power of Three—a symbiotic union between Animalkind, Humankind, and Plantkind , because one can’t thrive without the other. By diversifying funding and leveraging creative storytelling, the Foundation makes every grant exponentially more impactful–advancing and scaling environmental change. For more information on the WILD ELEMENTS Foundation, including planned charitable activities, visit foundation.wildelements.com, and visit WILD ELEMENTS on social media @wildelements.

About the Gorongosa Project

Gorongosa National Park (GNP) in Mozambique is perhaps Africa’s greatest wildlife restoration story. In 2008, a 20-year Public-Private Partnership was established for the joint management of GNP between the Government of Mozambique and the Carr Foundation (Gorongosa Restoration Project), a US nonprofit organization. In 2018, the Government of Mozambique signed an extension of the joint management agreement for another 25 years. By adopting a 21st Century conservation model of balancing the needs of wildlife and people, Gorongosa is protecting and saving this beautiful wilderness, returning it to its rightful place as one of Africa’s greatest national parks. GNP has been described as one of the most diverse parks on Earth, covering a vast expanse of 400,000 hectares. In recent years, the Gorongosa Project, with the support of Mozambique’s National Administration of Conservation Areas (ANAC), has ensured the protection of a recovering population of lions in this system, successfully reduced key threats, and has been recognized as one of National Geographic’s “Last Wild Places” and by TIME Magazine as one of the “World’s Greatest Places – 2019”. 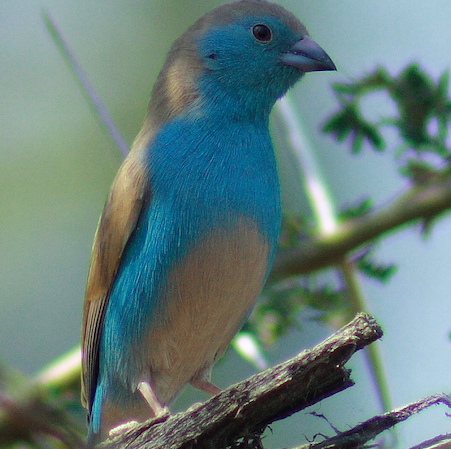